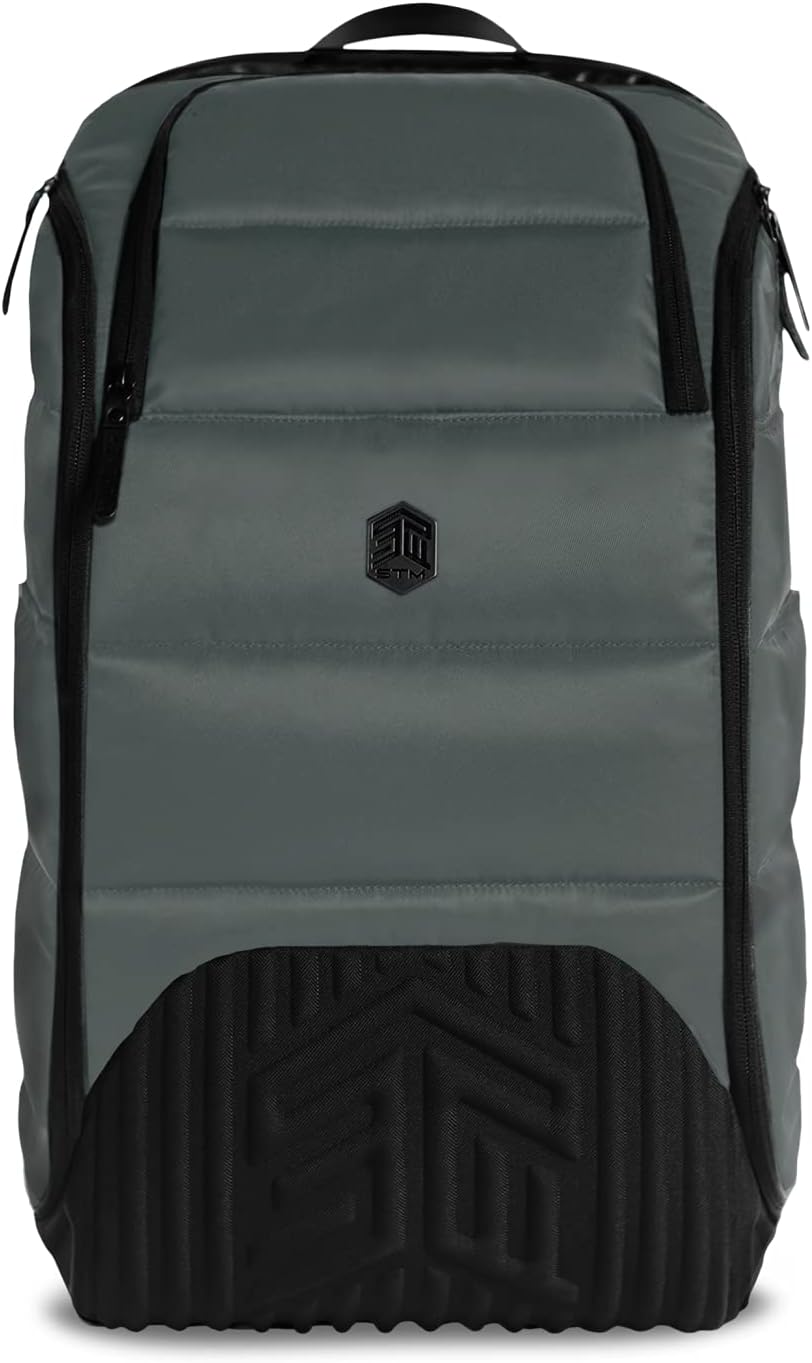 STM DUX Backpack - The smarter rugged-comfortable-versatile- tech-fortress-your-friends-are-totally-going- to-envy backpack. This backpack has it all you won't know how you survived without it! With Water resistant shell deflects rain and spills to keep cargo dry and clean plus more smarter features!

Taking the concept of a backpack to an innovative level worthy of the Dux name, The Dux pack protects your technology, your gear, your shoulders, and even your distinctive style unlike any other backpack.